Today, Dave and I were following the paper trail left behind by our ancestors in Northern Ireland. We spent three quarters of the day at PRONI (the Public Record Office of Northern Ireland) here in Belfast. Like our national archives in USA.

Dave had arranged for us to meet up with Dr. William Roulston. Roulston is Research Director of the Ulster Historical Foundation and is a renown author of numerous books about the Ulster area.

We were honored William agreed to meet us and generously spent an hour of his time showing us the ropes of the process at PRONI. Unfortunately, the electronic process of requesting documents was down today, so it was a paper process all the way around.

Upon arriving at the PRONI building, we were required to register and get ID cards, which needed a photo being taken and having a card to gain access to areas throughout the building. Then we had to place all belongings into a locker. We were only allowed cameras, a notebook, pencils and any meds needed to be carried in a clear plastic bag they provided. Everything else had to go into the lockers so that documents could not be smuggled out in any bags. Security was everywhere here.

Luckily, Dave had done his research on the PRONI website and had written down some of the exact PRONI document ID numbers we needed, so that part was easy and pain free.

We requested multiple records for both McCausland and Magee/Macghee and were overwhelmed by the fragility of these live documents and the shear history contained in them. The paper was so old it either crackled and cracked when you opened it, or was so thin, it felt like touching fabric.

The documents that made our jaws drop were: 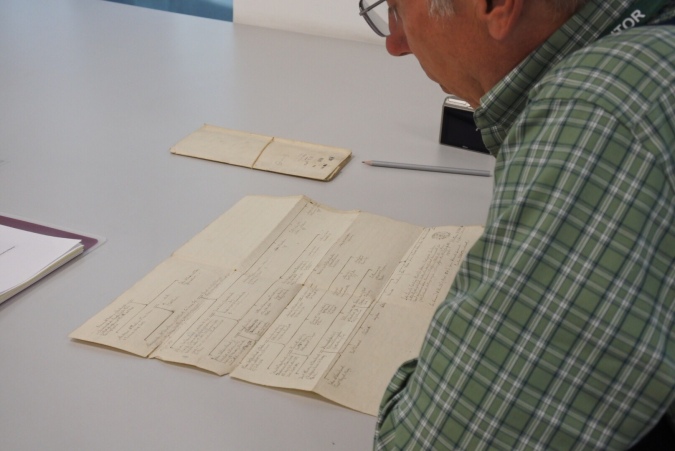 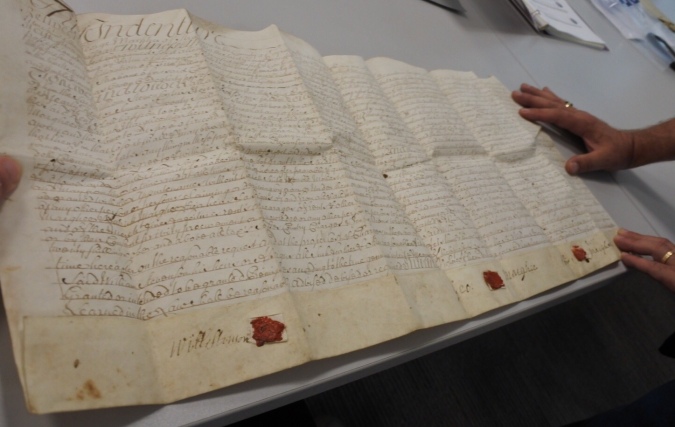 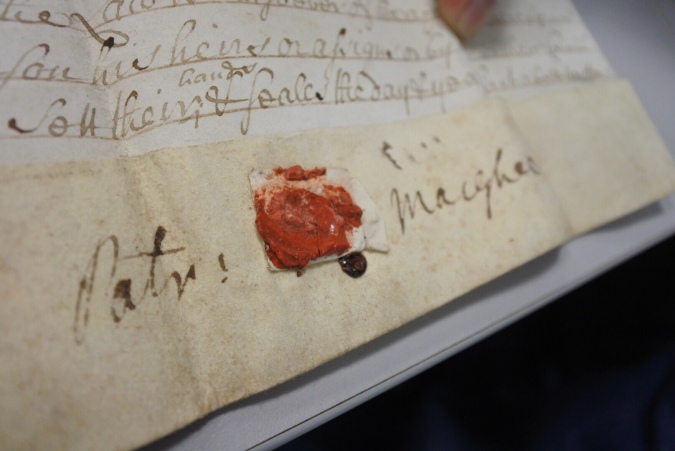 The most exciting document for both of us was a bargain and sale between George Macghee and his wife Rebecca Macghee with Oliver McCausland. BOTH of our families recorded on a document for property sold between them. We had the security guard take our photo with the brittle document. So neat!

Then I remembered a document we both already knew about and had read a transcript of it online that I really wanted to see the original of. It’s the will of George Macghee from 1742. PRONI had it and I wanted to see it.

They brought it to me and I was shocked it wasn’t even in a protective envelope, but was all folded up. Dave took a video of me opening this very large document, but I’m having trouble transferring videos on the road, so I’ll post it once I’m home. Dave thinks the “paper” is some kind of canvas. It’s VERY thick and had a texture to it.

What is so unusual about this will is that it’s a grandfather (George) recognizing his illegitimate grandson in his will and also providing for him after his death. Pretty extraordinary, expecially for that time period and in Northern Ireland.

This day left me gobsmacked, as they like to say in the UK. Just blown away at reading these long-forgotten documents and signatures of our possible relatives. I have to continue to say “possible” until we find out for sure. Until we’re proven completely wrong, they could still be potential relatives. We did pay to have copies made of some of the documents and we were allowed to take photos.

Either way, it was a great experience. And we needed a Guinness! So we took a taxi back go the hotel to freshen up, then went back to White’s Tavern for dinner. However. after we arrived and Dave went to order us dinner, they informed him they were only serving drinks. So, we moved on to other pub. They weren’t serving food either, so we went to a third option, even closer to our hotel and they WERE serving food, so we stayed.

The Thirsty Goat has a mix of modern and vintage decor with wood paneled ceiling, plush cushioned booths, and wooden menus. I chose the beef fillet special and Dave ordered up the Irish Stew. Probably the best meal I’ve had in Belfast so far. The two Guinness helped and then I applied Sticky Toffee Pudding directly to the hips. Oooo…so good! They even had some life music tonight. A man playing guitar and he threw in some Irish tunes, so it was a fun night. 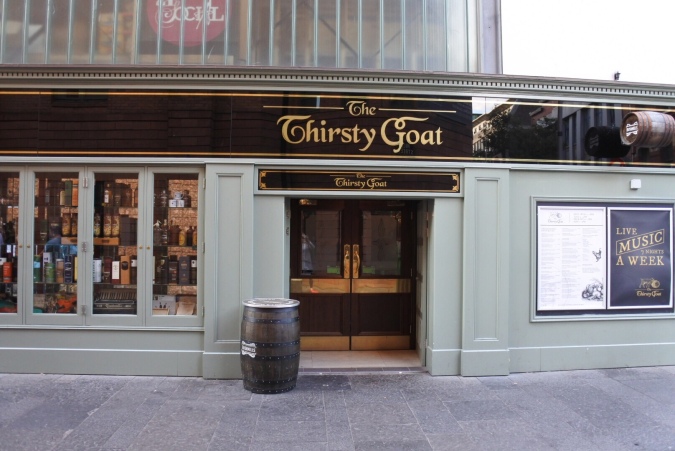 We are Dave & Heidi from Maine in the US. In 2018, we made a return trip to Scotland and visited Northern Ireland for the first time exploring the areas where both our ancestors emigrated from.